(Warning: A little long-winded again this week, but there are lots of photos that animate the text nicely.)

Recently, I (Miranda) took over as the area coordinator for my local SCBWI group. The first workshop I organized and hosted, a picture book workshop with the awesome Lisa Moser, went fantastically.


But I can't take all of the credit. This event wouldn't have been such a success without the teamwork of my local critique group. I love these ladies. Our little group has been together (officially) for three years, and although we've been through ups and downs, we still get together on occasion at a local cafe or for a private cabin weekend retreat, and we read, write, critique, revise, repeat. The group energizes me, and I have come to really trust their feedback.


Anyway, our team efforts have paid off. Many of us have been offered contracts, released books, published magazine articles, or won awards in those three years. Most importantly, we've made lasting friendships, we've celebrated good news, and we've commiserated our rejections together.

Over the years, I've also been in several online critique groups. Rate Your Story Judge Terrie Hope helped me back in 2010 when I joined my first online critique group and met some of my first writer friends (such as Kelly Hashway, Anne E. Johnson, and Katrina DeLallo) on forums. By the way—Terrie's site, Critique Cafe, is definitely worth checking out if you don't have a local SCBWI chapter that can connect you with local writers in your genre. I was once in a critique group with RYS Judge, writer and editor Ella Kennen, too. And Rate Your Story Judge Mira Reisberg helps organize them through her Picture Book Academy courses.

Are you looking for critique partners? Is your current group fizzling or not working well? Do you find yourself switching groups or trying to maintain multiple groups?

Maybe it's time to re-think the focus of the group and each member's expectations. Just how do all of those successful writers get to that point of saying their critique partners are their best friends, or that they've been together for over a decade? 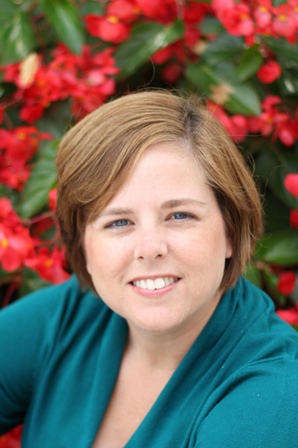 Marcie Flinchum Atkins thinks football is a white and black ball you kick around on a field, since she grew up overseas. However, she has a few friends that are huge fans of American football that keep trying to convert her. She is a member of three critique groups who are awesome team players, but are willing to give a little tough love when it’s needed. Marcie has an M.A. and M.F.A. in children’s literature from Hollins University and writes for children and teens.


Huddle Up: How Critique Groups Can Offer So Much More Than Critiques
By Marcie Flinchum Atkins

When a football team huddles, they talk about the next play, then execute it on the field. In a critique group, you get together, discuss what is working and what’s not, then head out to do the tough work of writing, rewriting, and submitting. The goal is a touchdown, but there are always some bumps along the way. That’s where a critique group can help you during the writing game with much more than critiques.

Cheerleaders
Cheerleaders are essential in a critique group. When someone is struggling, it’s our job to be there to cheer him or her on. To tell them to keep going when it’s tough. To be in their corner with unabashed enthusiasm. And when one of our members gets a touchdown--an agent, a book contract, a book launch--we can cheer louder than their other friends because we know how hard it was to get there.

You can cheer face to face, but it’s often needed when you’re not together. Share news and encouragement via e-mail as it is happening in your lives—the good, the bad, the hopeful. If you are an online group, then all of your cheering is done via e-mail. And I have been known to jump around my office when I get a “touchdown” e-mail from a writing friend.

Referee
Referees in your critique group sounds negative. But referees are the ones who know the rulebook. Having experienced writers in your group who’ve already gone out on submission, succeeded on the publication path, and are familiar with the do’s and don’ts of the business are good people to have in your corner. The advantage is that, unlike a referee, they can guide you BEFORE you make a wrong move. And they are on your side.

I’m not talking about blowing the whistle and getting other members riled up either. Imagine referees as the people who have “been there, done that.” They have knowledge that comes from experience. The ever-changing world of publishing can be difficult to wade through, and having friends who know it first-hand can be a relief.

Coach
A coach’s job is to lead and direct but also to be in the players’ corner. Our critique group members sometimes need to be our writing coaches. Is this manuscript working or not working? They can be there to offer the tough love that we sometimes don’t want, but often need.

A critique group member once told me that my manuscript was just not working. After a few days of pouting, I realized she was right.

I fumbled. I executed the play badly, but that didn’t make me a bad writer. A football player who fumbles the ball isn’t a bad player for life. He made a bad play. Sometimes it takes a little coaching and a little tough love on the part of our critique group members to tell us what we really need to hear.
Players know that the coach is in their corner, but sometimes the coach has to be the one to say, “Let’s try something different.”

Team Players
But what if a group member doesn’t want to take a critique from the team? Kristen Lamb talks about these kind of people and how frustrating this can be (http://warriorwriters.wordpress.com/2013/03/07/enemies-of-the-art-part-10-having-a-thin-skin/). This is tough. Each group has its own dynamic, and trust takes time to build.

I trust my critique groups immensely. They can say things to me, and I will listen and consider them. They can be more upfront with me now than in the past because our trust has grown. They are on my team, and I know that. Just as it takes time to build a team, it takes time to build trust in a critique group.
Hopefully, in the end, you will huddle up, share a few words of encouragement, then send each other back out to the game of writing.


You can learn more about Marcie Flinchum Atkins and find more posts about writing at her blog: http://www.marcieatkins.com/blog
Twitter: http://www.twitter.com/marcieaf
Facebook: http://www.facebook.com/MarcieFlinchumAtkins

Comments are open! Thanks for stopping by!