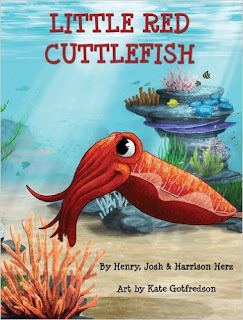 Writing picture books is fraught with philosophical questions. Are fairies synonymous with Fae? Do fairy characters in a story make it a fairy tale? Must a fairy tale feature fairies? Wikipedia artfully states, “The characters and motifs of fairy tales are simple and archetypal: princesses and goose-girls; youngest sons and gallant princes; ogres, giants, dragons, and trolls; wicked stepmothers and false heroes; fairy godmothers and other magical helpers, often talking horses, or foxes, or birds; glass mountains; and prohibitions and breaking of prohibitions.” The fairy tale is such a ubiquitous literary form, that it even has more than one classification system*.

Thomas Keightley indicated that the word 'fairy' derived from the Old French faerie, denoting enchantment. Fae is not related to the Germanic fey, or fated to die. Some authors don't distinguish between Fae and fairies. Other authors define Fae as any inhabitants of Faërie, be they large or small, good or evil. For them, Fae is the broader term encompassing not only fairies, but elves, dwarves, ogres, imps, and all other fantasy creatures. They consider fairies to be Fae who are diminutive and often ethereal, magic-wielding, and/or winged.

Fairies of either flavor have been flitting about literature for centuries. Consider Morgan le Fay in Le Morte d'Arthur, Edmund Spenser's The Faerie Queene, Oberon and Titania in Shakespeare's A Midsummer Night's Dream, Tinker Bell in J.M. Barrie's Peter Pan, Holly Short in Eoin Colfer's Artemis Fowl, all the way up to Bloom in Doreen Cronin's eponymously titled picture book and Mabel and the Queen of Dreams (inspired by the fairy Queen Mab in Shakespeare's Romeo and Juliet). 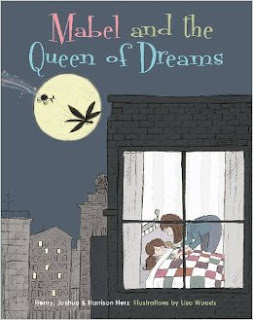 C.S. Lewis, J.R.R. Tolkien, and others established fantasy as the subgenre of speculative fiction that employs magical elements set in an alternative world. Tolkien wrote in his essay “On Fairy-Stories” that fairy tales are distinct from traveller's tales (e.g., Gulliver's Travels), science fiction, beast tales (e.g., Aesop's Fables), and dream stories (e.g., Alice in Wonderland). He felt that fairies themselves were not an integral part of the definition of fairy tales. Rather, fairy tales were stories about the adventures of men and fantastic creatures in Faërie, a marvel-filled magical otherworld. By that definition, The Lord of the Rings is a fairy tale.

Urban fantasy** is a subgenre of fantasy set in an urban setting, typically in contemporary times. This setting violates Tolkien's definition of a fairy tale, since the story takes place in the “real” world, rather than in Faërie. Thus, Mabel and the Queen of Dreams, though featuring a fairy, is an urban fantasy rather than a fairy tale, or as Tolkien preferred, Märchen (wonder tale).

Regardless of subgenre, I hope readers will find in my stories what Tolkien posited for Märchen generally. “Far more powerful and poignant is the effect [of joy] in a serious tale of Faërie. In such stories, when the sudden turn comes, we get a piercing glimpse of joy, and heart's desire, that for a moment passes outside the frame, rends indeed the very web of story, and lets a gleam come through.”