The Writer As Archeologist

I was weeding outdated history books from our school library collection. A teacher saw what I was doing and asked, “History already happened. How can it become outdated?”

The events of the past can’t change, but what we learn about them does. New information is discovered. Biases are revealed. New angles and connections are found. In fact, I saw how history “changed” as I researched my own book.

When I began I knew only one thing, something I learned from a boat tour: the man who invented the hole in the doughnut was buried near Boston Harbor. As I researched, I was like an archaeologist who hypothesizes different animals as she digs up various bones until she discovers enough to see the true creature.

I discovered that the inventor was a sea captain named Hanson Gregory. I found an interview of the captain by The Washington Post on March 26, 1916. Based on this, my first manuscript had a child questioning the captain along similar lines, with his fellow mariners adding facts and humor to the story. It became historical fiction, and I imagined wacky illustrations by David Catrow.

More research made me think my first approach was cavalier. I learned that Captain Gregory altered the doughnut as a teen assistant to the Hardscrabble’s cook. Gregory married, but left his wife and children for months while commanding fast sailing ships. His cargo was dangerous; it caught fire when wet! Now I wanted to reveal Gregory’s life in a chronology that involved sidebars about the lime trade, tall ships, onboard cooking, and more. I got caught up in the period and the book became unwieldy.

Census records, death certificates, newspaper archives, maritime museums, and public libraries revealed emotions long forgotten. Gregory’s youngest sister had three sets of twins by the time she was 26. When the oldest were five, her husband died of yellow fever in Cuba and was buried there. I located four tiny tombstones next to hers—three engraved with the same date. Two of Gregory’s young children disappeared from the census and his grandchildren all died tragically. To cap it, Captain Gregory, the youngest Master Mariner to sail from Maine, was driven from the sea by the dominance of steam-power. I felt bound to bring this man back into history. But how to write about so much determination in the face of towering grief? What about the doughnut hole? That version was too bleak.

I eventually uncovered a strong connection between this 19th century sea captain and modern day Dunkin’ Donuts. What about a book that developed that relationship? And what about the connection with the doughnut girls of World War I? Several attempts to write that version of events fizzled out when the emotional depth was lost.

After six months and 22 rewrites, my 200 pages of research were whittled to 1,071 words about this sea captain I knew better than my extended family. That version did not sell. I rewrote another with just 716 words, centered on Gregory’s invention of the doughnut hole. I had to condense all the rest into five short author notes. This version sold.

One burden of writing nonfiction is choosing what goes in the work (and gets read), and what remains in one’s research. Captain Gregory outlived his entire nuclear family and much of his story died with him. I grieved as I let the life I had reconstructed slip back into the soup of history, for now. And so history seems to alter as new information is uncovered, and writers and historians choose what to reveal. 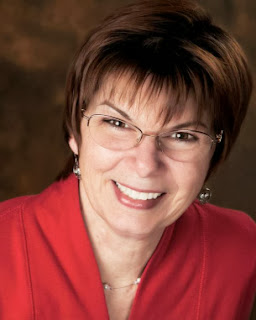 Pat Miller is a career educator and school librarian and author of 24 books. The Hole Story of the Doughnut was contracted by Houghton Mifflin Harcourt. She writes from Richmond, TX, where she is also busy organizing an exciting conference for rookie nonfiction children’s writers, NF 4 NF: Nonfiction for New Folks. Pat is a certified Master Gardener and enjoys making author visits and performing as a storyteller. You can contact her at gpatmiller@patmillerbooks.com.