Writing About Minorities, for Non-Minorities.

This week, guest blogger Erik Thurman encourages us to write outside our race while avoiding potential landmines. 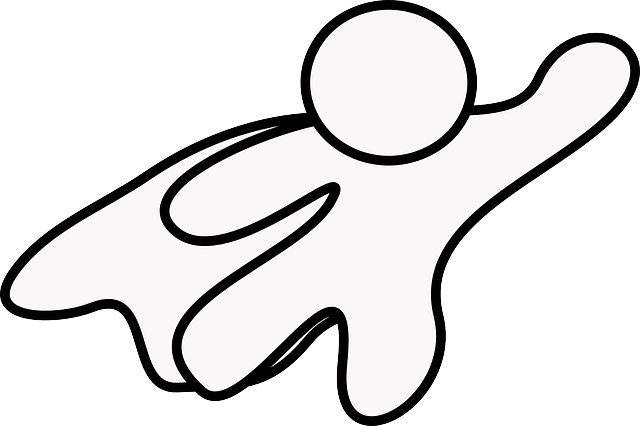 The publishing world has always been slow to change, especially in recognizing the growing diversity of our readership. For generations in Western society people of color, LGBTQ, women, religious minorities, individuals with disabilities, and others have been exposed to fables of valiant, pale-skinned men who fight for glory and honor, and bring peace and order to the lands they were destined to save. The hero’s trial takes him through lava-filled caverns, treacherous high seas, and even to the heavens, until he is finally rewarded with the token object of his desire.

Oftentimes, minority readers are brought along for the ride as outsiders looking in, waiting for the chance when they can be more than a sidekick (at best), and actually see a hero that embodies them.

In a 2013 study, the Cooperative Children’sBook Center (CCBC) found that 89.5% of children's books featuring humans were about white people.

We should be careful not to place blame solely on publishers. After all, they aren’t the ones producing the manuscripts; nor can they magically conjure them out of nowhere. Oftentimes it’s the writers-- many of whom come from a certain level of privilege that allows them the time to create a body of work-- who are unable to go beyond "writing what they know" to explore a more diverse narrative.

The fear of ‘getting it wrong’ is strong, but does that mean that writers should avoid creating characters outside of their own background? Of course not! Whatever your background, do not be too afraid to write about experiences that not your own. But do look at your manuscripts critically -- and strengthen your work by avoiding some of these common mistakes that people make in their storytelling. 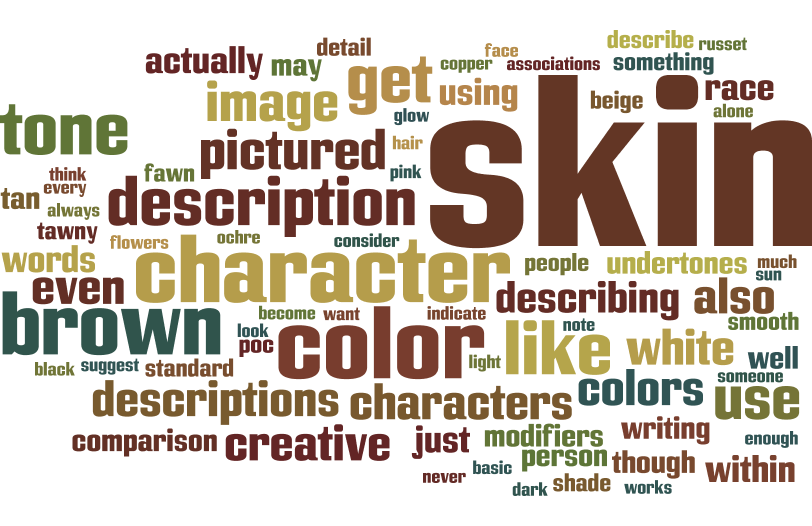 .When was the last time you saw a white person's skin described as powdered sugar or a shortbread cookie? Your beautiful Nigerian queen isn’t made of smooth, milk chocolate; just as the hard-as-nails Columbian network supervisor in your urban fantasy isn’t a coffee-tinting beau.  The ethnic Chinese model from Honolulu is not made of honey, nor is the Egyptian office worker in London as sweet as caramel and cinnamon.

Using descriptive food words to describe the color of a person’s skin subtly fetishizes a race, turning skin tone into something that is to be tried, tasted, and consumed.

Every person has their speech patterns – reflecting their history, family background, educational level, and past travels and experiences. Storytellers who try to fake these accents and speech patterns for the sake of differentiating between the characters demonstrate a lack of understanding of the inhabitants of their world. Take the time to appreciate and capture the actual nuances of language; don’t just write what you expect to hear.

Also note: there is no problem with demonstrating someone’s trouble in speaking a language that is not their native tongue, and representing it accurately in your text, as long as it’s clear that their difficulty with one language does not reflect poorly on their overall intelligence.

Not everyone fits within their society’s bubble. 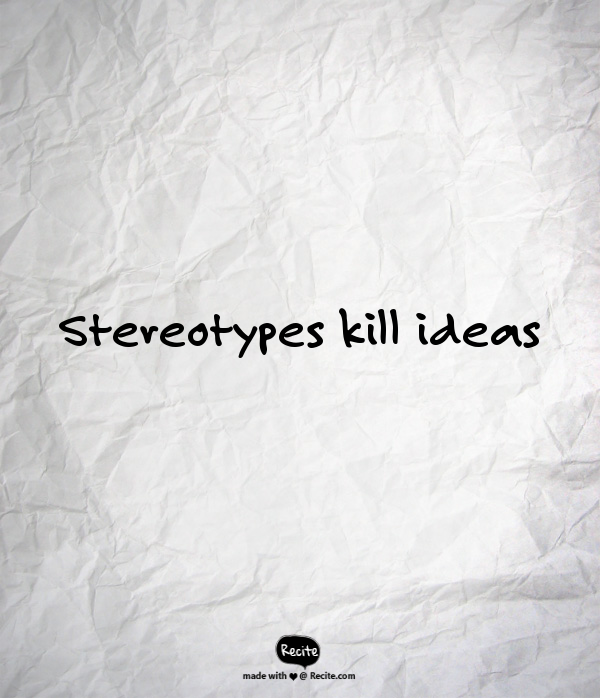 What are the first things that come to your mind when you think of a South Korean woman in her early 20s?  Your list might include the following—docile, obedient, cute, small, and dainty.

Yet none of these words quite describe one of my best friends in Seoul, Sung-ae. At the age of 18, Sung-ae traveled throughout Africa and the Middle East alone for fifteen months. She spent considerable time living in Damascus, Syria, picking up Arabic before the civil war broke out, and later worked for a Korean tour company in Egypt while living in Maat’i and Alexandria. Now, she’s back in Korea working as an Elementary school teacher for a Christian organization.

Yes, we all internalize particular characteristics of the culture that we grew up in, but rarely does a person fit perfectly into some compartmentalized stereotype. Make your characters nuanced human beings, instead of cardboard cutouts made of preconceived notions.

Indigenous peoples do not have some sort of mystic connection to nature or the Earth.

We’ve all heard of the story arc in Western literature where the hero—often a white male from a foreign land—meets an indigenous group of people during his quest. The hero quickly befriends the indigenous people, who are practitioners of a long lost magic, and then undergoes a sacred rite of passage so that he may accomplish his goal.

Yes, people have different cultures, values, and behavioral patterns – and you should embrace those. But the idea of the writer giving indigenous peoples magical powers reeks of unconscious atonement for a history of colonialism/imperialism.

If you write about mental illness, don’t so in a way that overshadows all other character development.


Many writers will offset “disadvantages” caused by a disability – physical, mental, emotional, learning, or otherwise -- by bestowing disabled characters with unnatural abilities that are derived from their impairment. These might include telepathic powers for borderline personality disorder, the power to see the dead for the visually-impaired, or possessing a healing touch for the paraplegic.

This becomes a problem when the disabilities become the main personality trait for these characters, dwarfing the other good and bad aspects about these individuals, and thus marginalizing all other character development. Nobody’s existence can be narrowed down to one single defining trait, and to treat a character that way is to shortchange what it means to be human.

Lastly, look for ways to break “the single story.” 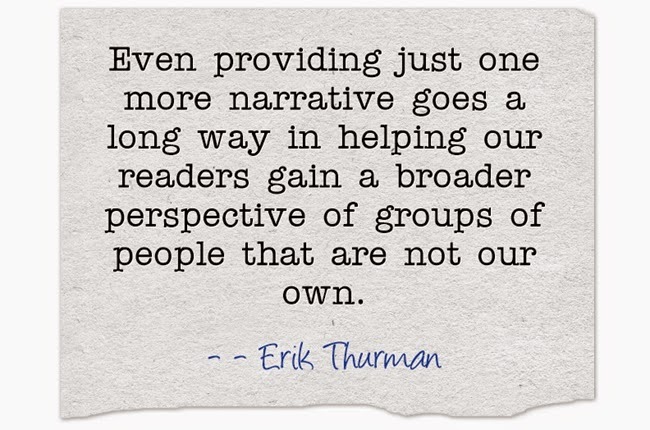 During the Axis of Evil 2008 comedy tour, which featured prominent Arab, Persian, and Middle Eastern comedians from all over the world, comedian Ahmed Ahmed was flooded with tweets from fans and critics alike. During an interview, Ahmed recounted one of those messages from a conservative forum--
‘I didn’t know these people [Muslims] laughed.’

Oftentimes, our readers are subjected to a single story to represent an entire group of people—such as in the case of the film American Sniper’s depiction of Iraqis as inherently vile creatures capable of driving drill bits through people’s skulls. These stories serve no other purpose than to indoctrinate a newer generation into the same stereotypes of the past. Fortunately, novels like Kite Runner, with its portrayal of Afghan youth help combat these narratives.

The majority of stereotypes only arise because we keep hearing the same story, packaged differently,
over and over again, until we internalize them as the story of a group of people. Even providing just one more narrative goes a long way in helping our readers gain a broader perspective of groups of people that are not our own.

I hope that writers can use some of these points to look critically at their work, and use it as a springboard in order to improve representation from people from all backgrounds.


And maybe, by reflecting a world in which they are accurately represented, we can hope to inspire young readers of all backgrounds to pursue a career in writing. 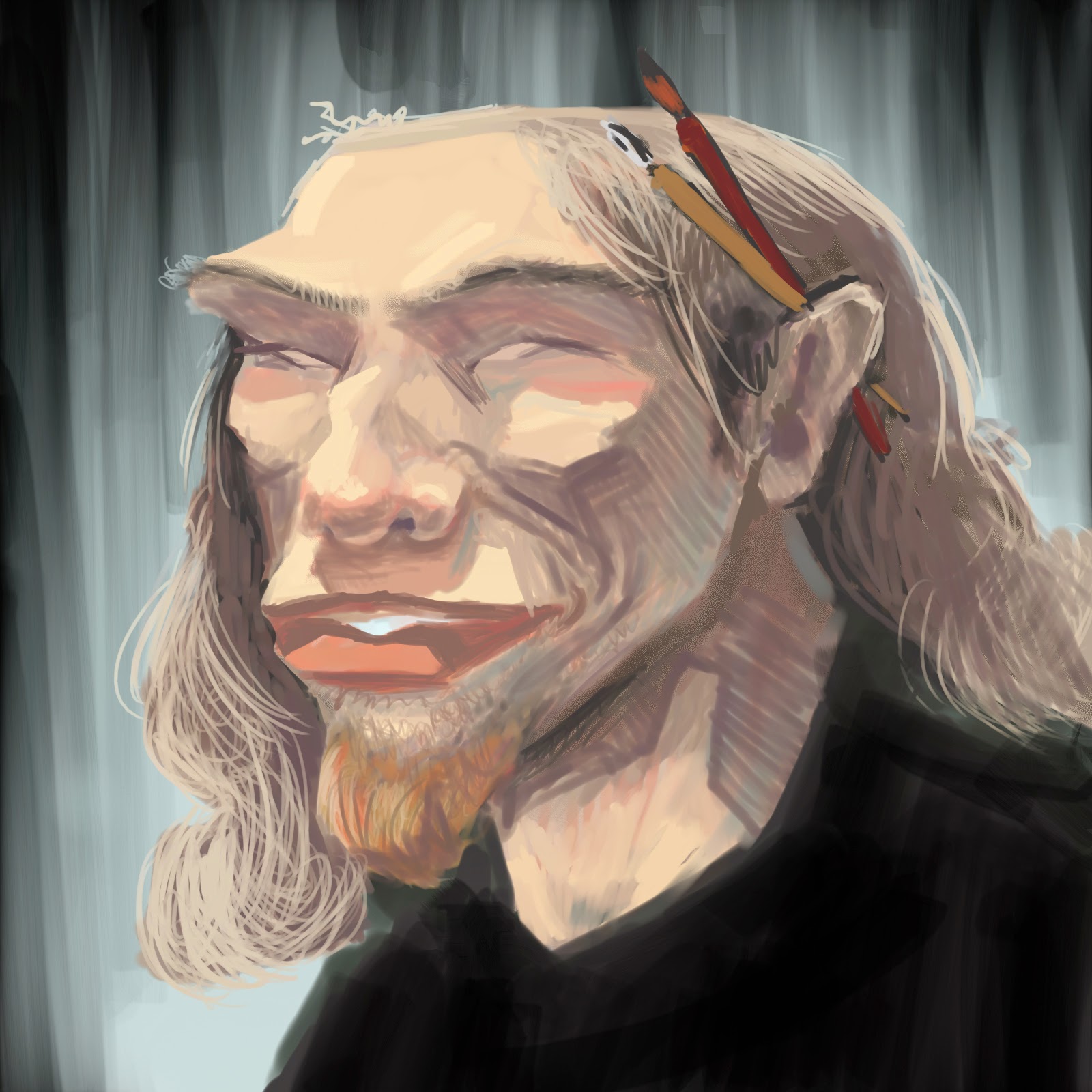 Erik Thurman is a comics journalist and educator who currently calls South Korea, home.Born in California, USA, his experience traveling throughout his youth has offered him the opportunity to live in three countries, while acquiring an affinity for languages, politics, and foreign affairs.  His comics have appeared in The Huffington Post, The Nib, The Cartoon Picayune, and Reed Magazine,  among other print and digital publications.