When the Words Won't Come 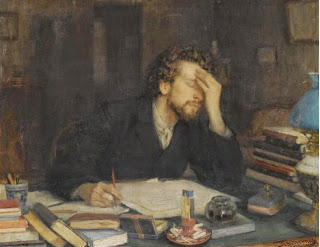 You are in the midst of a writing blizzard. Word after word, page after page, chapter after chapter, your story is coming out in great future-award-winning torrents. Or at least, that was what was supposed to happen.

Instead, the cursor is blinking at you accusingly while you struggle for breath under the heavy weight of the unwritten page. Worry not! First, you are in copious company. Second, you can write your way out of writer's block.  Honest.

Don’t wait for that magical fix.

Yes, it’s true that sometimes the words flow out seemingly effortlessly, but that’s not your muse or some ethereal inspiration at work. That flow you’re experiencing is simply flow -- that state any person passionate about a project can get into when they’re focused and enjoying the process. It’s not something you can control as easily as an on-off switch, but it is under your control. The more you work, the more likely that flow is to come, which is one of the big reasons for that oft-told writing sentiment:

Butt in Chair, Hands on Keyboard

So, if you’re feeling uninspired BIC, HOK. If you’re tired and sure to get a paltry word count, BIC, HOK. If that show is on TV – BIC, HOK. You get the point. If you want to have written, you have to write. The magic will come when you put the elbow grease in.

Don’t daydream your dreams away. 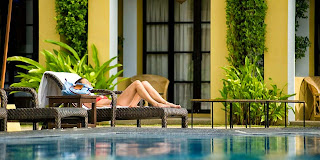 Best seller list. Multi-movie deal helmed by that director with who else but that actor to play the lead. Desperate apologies from all the people who doubted you. We all have dreams about what success looks like. And while goals can be powerful motivators, larger-than-life goals can actually strangle your future. There are several reasons for this. One is that our idea of success often includes ample amounts of leisure and ease – the very opposite of what people actually need to succeed. Why spend day after day chiseling away at that manuscript when you’re supposed to be relaxing poolside?

Another reason dreams can be counterproductive is that the combination of wanting them so much and being so afraid that they won’t pan out can be paralyzing (and, honestly, authorship is hardly the recipe for fame and fortune). Second-guessing whether this sentence or this character or this plot is good enough for a six-figure advance or a starred review is not conducive to getting work done.  Yet it’s something we do to ourselves all the time.

Daydreaming is natural and it’s not all bad, but if you catch yourself in lala land when you’re supposed to be typing away, redirect your attention. Ask yourself what your main character is doing right now, and then answer that question!

Do brainstorm your problems away. 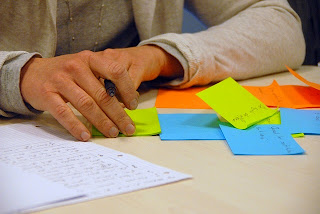 But what about those times when you hit a brick wall? When you can’t write one word more because you have no idea what’s supposed to come next? Time for some serious brainstorming. You can do it while you’re walking the dog (use your phone to record notes!) or in the shower (buy some markers that will wipe off from tile). You can do it while staring out the window (“Yes, I’m working. Why do you ask?”). For small problems, it may be easy enough to do some mental what-iffing and move on. But the physical act of writing, typing, or talking can help stimulate your brain during stickier situations.

Even if you don’t end up using your ideas, you just want to jiggle your thought process enough to get unstuck and be able to move the story forward.

Do bulldoze your way through.

What if you know what’s supposed to happen, but you can’t get the words right? The scene isn’t unfolding like it’s supposed to, or the dialog isn’t as clever as you’d hoped. Try to work it out, sure, but if you’re good and stuck, move on. Don’t let any one scene – even if it’s the pivotal turning point – bring your story to a halt. Just write out what’s supposed to happen [Misty discovers that her magic cantaloupe isn’t a cantaloupe at all, but her long-lost twin, now turned evil] and MOVE ON. There’s no rule that says you have to write the story in the order it will be written. For mere mortals, revising is an unavoidable and crucial part of writing, so you’ll have plenty of opportunity to revisit that recalcitrant scene later.  For now, just focus on making forward process.

Do take a break… for a while.


You’ve tried everything you’re supposed to, and the story is still not going anywhere. Time to be honest with yourself. Is the idea really not as interesting as you had first envisioned, or are you just in a temporary – but very stubborn – rut. If it’s honestly the latter, no need to beat yourself up. (If it’s the former, fine – the sooner you realize this, the better.) Take a break. Exercise (exercise, exercise!) Cook a five-course meal. Watch that guilty-pleasure show. Go do that thing you never seem to have time for. Start another writing project. Let your mind relax about this story and you might find your knotty issues seemingly resolve themselves. But be honest about whether you’re taking a short holiday or permanent vacation. Give yourself a deadline for when you need to get back to the story (it might be twenty minutes from now or ten days, depending on the situation). Then step away from the keyboard. But just for a while. Because, remember, the only way to reach The End is